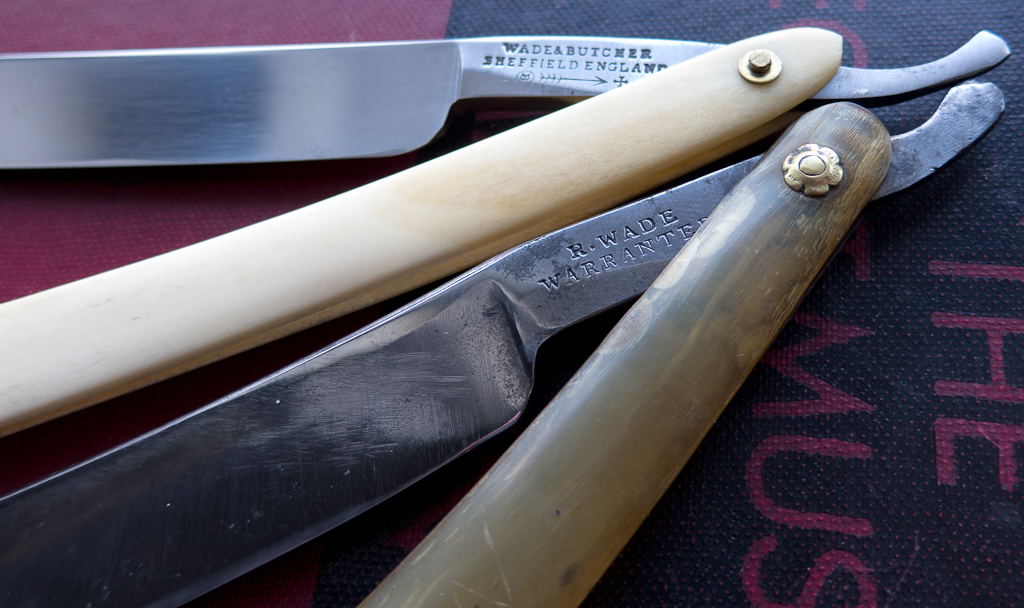 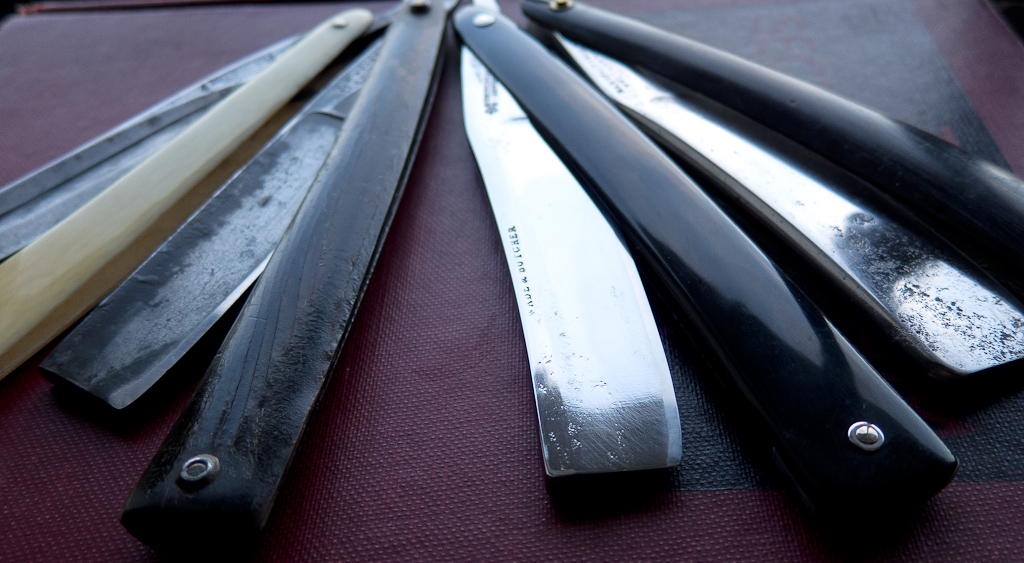 Note: since I wrote this I’ve accumulated considerably more information that supersedes what’s written here. Instead of changing this page to reflect new information, I’m going to write an entirely new piece. I find it useful to preserve the steps I took to arrive at any given conclusion.

The firm of Wade and Butcher is pretty much the 800 pound gorilla of vintage and antique razor collecting. They were in operation from 1818 to 1959. Needless to say, in that time an awful lot of things got stamped ‘Butcher’ in some form or other. 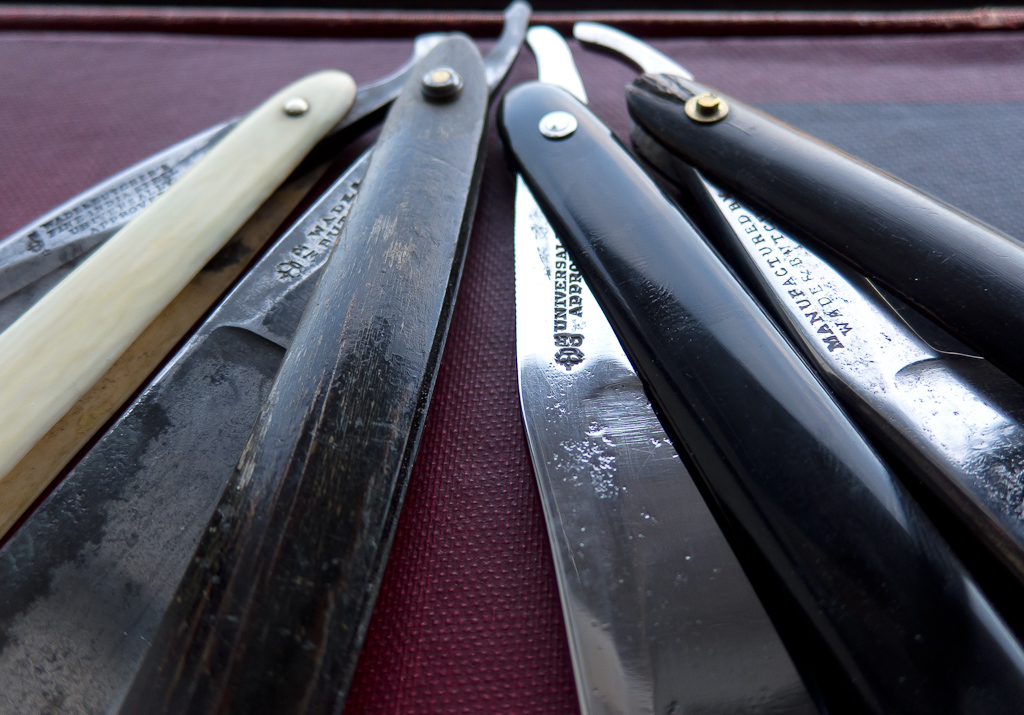 There are an incredible number of trademarks, stamps and identifying logos. They made damn near anything that you could sharpen and use on something else and they sold most of it to America. 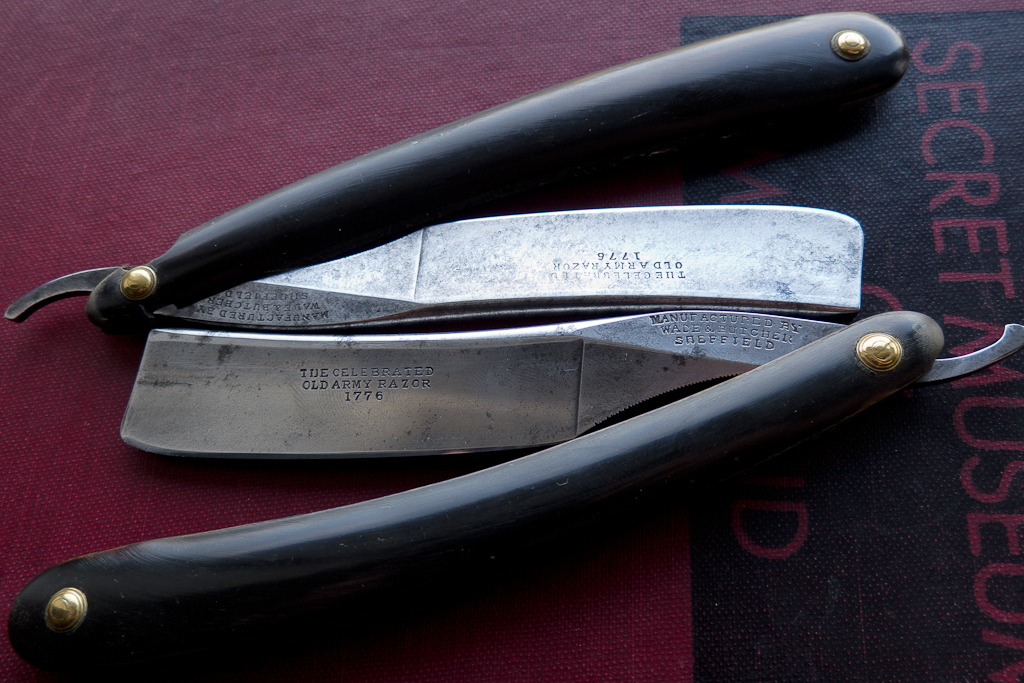 There are different versions of the story, each casting a slightly different emphasis depending on what’s important to the person telling it. Some will mention the bomb thrown into William Butcher’s house after he installed an automated file-cutting machine. Others will talk about the trademarks, others still will tell you about their Bowie knives.

But through it all, the firm is regularly referred to as Wade & Butcher.

Finding information about the Butcher brothers isn’t very difficult. Finding Wade & Butcher razors for sale is easy. Mr. Wade, on the other hand, is relatively unknown.

Here’s what I know.

First, Wade is an ancient trade name like Smith, Cooper, Savage or … Butcher. The trade in question is fishing, and it’s a name shared by enough people that there is a website devoted to collecting genetic samples in order to build a complete picture.

Minor digression. What trade is Savage you ask? Hunter, forester, generally wild-type person. But in this case it’s a complicated kind of trade name having moved back and forth between a nickname for someone rough and ready and a straight-forward profession — a guy lives in the woods and hunts animals. 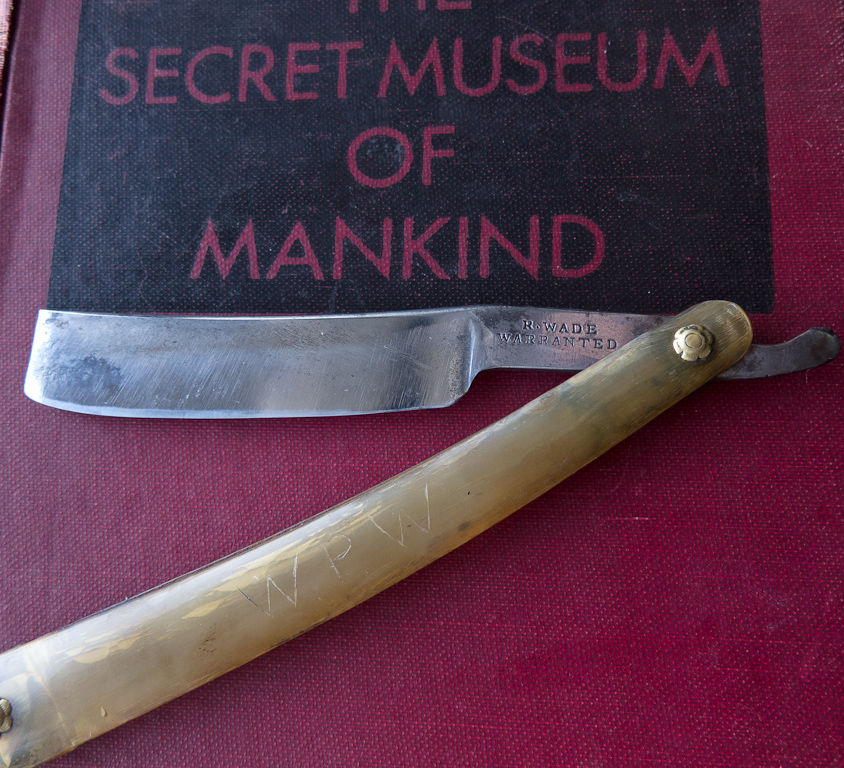 R. Wade, 1816-1820. The WPW scratched into the scales is as much a mystery as anything else. I purchased this razor from Robert Doyle who has literally written books on razors.

The mysterious Robert Wade produced razors under his own name as far back as 1816. He died, aged 54 on December 8th, 1825. Only 7 years after the incorporation of Wade & Butcher. Yet the firm retained his name for over a hundred years.

It’s a mystery why an American businessman from New York had his own cutlers mark in Sheffield. He must have owned it though, after his death, his wife Jane continued producing razors under his name until her death in 1829 and that sort of inheritance was handled through the Cutler’s guild.

It’s at this point that the mystery truly deepens. Pigot’s 1828-1829 Sheffield directory lists Jane Wade as a razor manufacturer on Arundel street. During those years the Wade & Butcher firm operated on Eyre lane. So clearly there were two Wades, the razor maker and the American business man, right? Except that Arundel and Eyre ran parallel, and in fact the Eyre address for Wade & Butcher expanded to take up the whole block and was then referred to as being on Arundel. The Butcher Works took over more or less the whole block. It’s very tempting to say that the R. Wade blades were a different Wade, especially considering the number of sources which claim that Mr. Wade was an American in New York. Considering that R. Wade stamped razors were made in the back yard of the Wade & Butcher shop on Eyre lane, I find that not particularly supportable.

A future project, to be poked at periodically in an attempt to get deeper into this history, is to trace all possible American routes for Robert Wade — local passenger manifests, genealogies, old ledgers — and find out who he was and why someone whose name stuck with the company for so long remains a mystery. 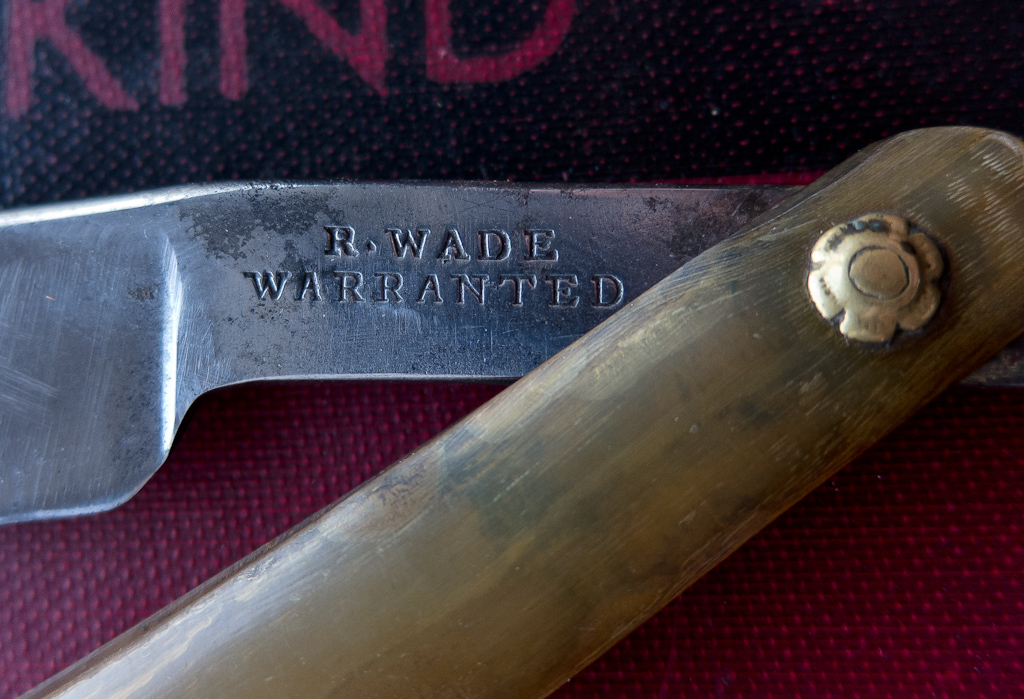 This entry would not have been possible without the gracious assistance of Neil Miller, who answered my endless stream of pestering questions, even when I resorted to five-year-old style ‘but, whyyyyyy?’. The errors are my own doing.

There were two Robert Wades at Wade & Butcher, a father and son. Robert Wade the co-founder of Wade & Butcher died in 1825. His son, also Robert Wade, came into the business in the 1840’s and served as an American agent for the company. They will be the subject of a much expanded post.