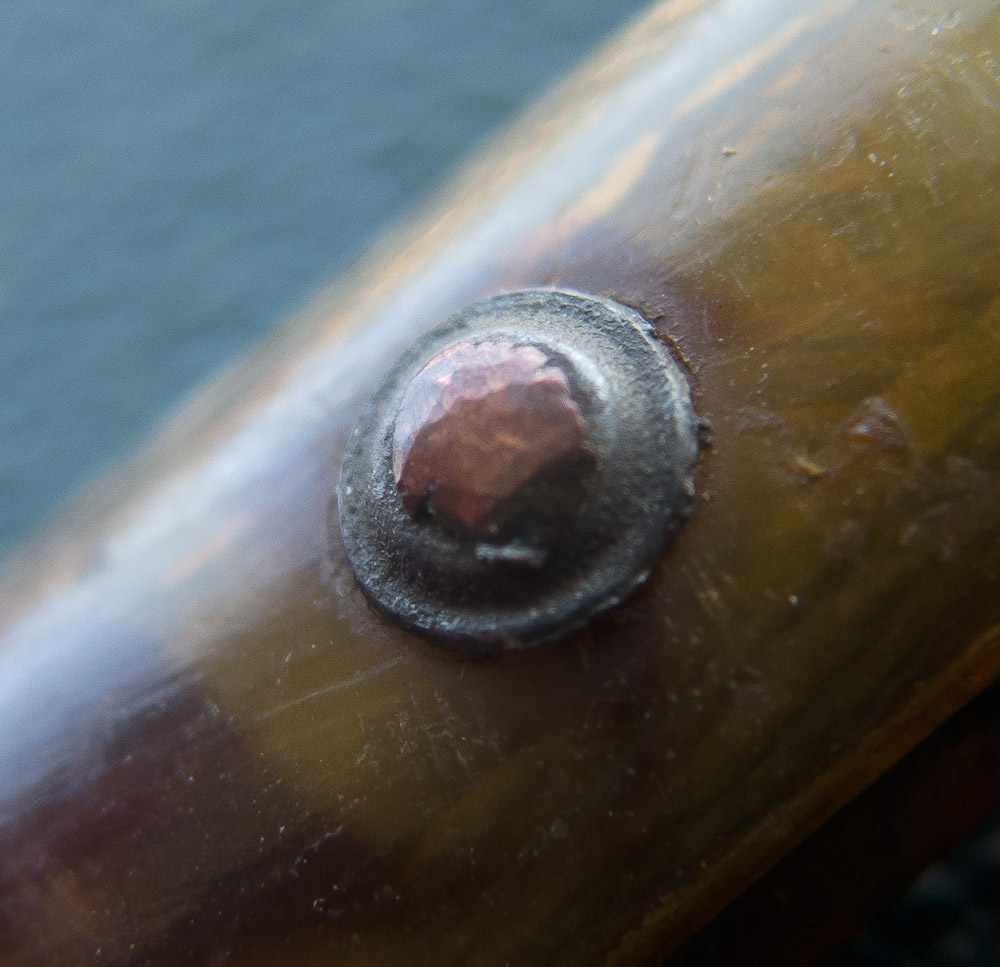 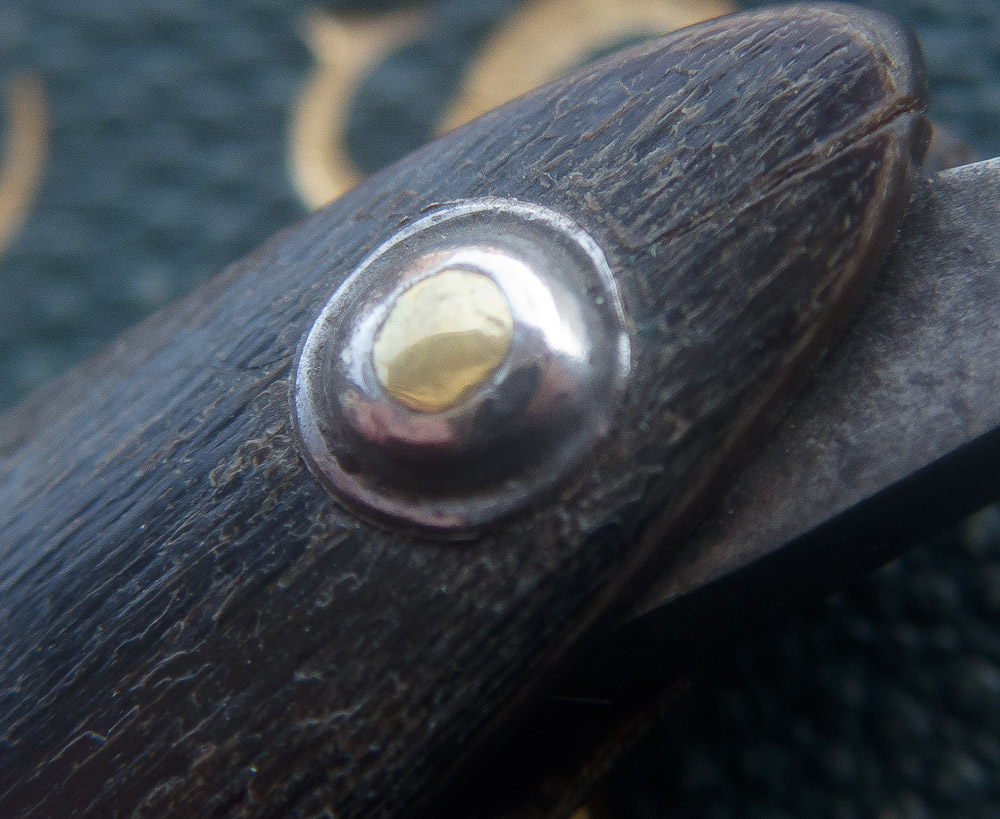 The domed washer on this Hiram Gilbert razor was probably made by the ‘setter-in’, a workman in charge of fitting blades into scales. In this case, probably employed by Joseph Elliot in Sheffield, though the razor is stamped New York).

Razors are put together with pins. Until the 20th century, there was a pin at each end. Then sometime in the 1930’s a third pin was added near the pivot.

It’s a simple, small detail, but it’s difficult to get right in a period restoration. The old firms had a lot of specialized tools at their disposal for making washers.

It’s a tedious task, so today most of us who restore these things just buy commercially available stock. 1/16th inch brass or nickel-steel rods and lots and lots of size #00 washers.

Historically though, washers were significantly different from what we use now. This is going to be an exhaustive photo-essay of the types that were used and how the common types were made. 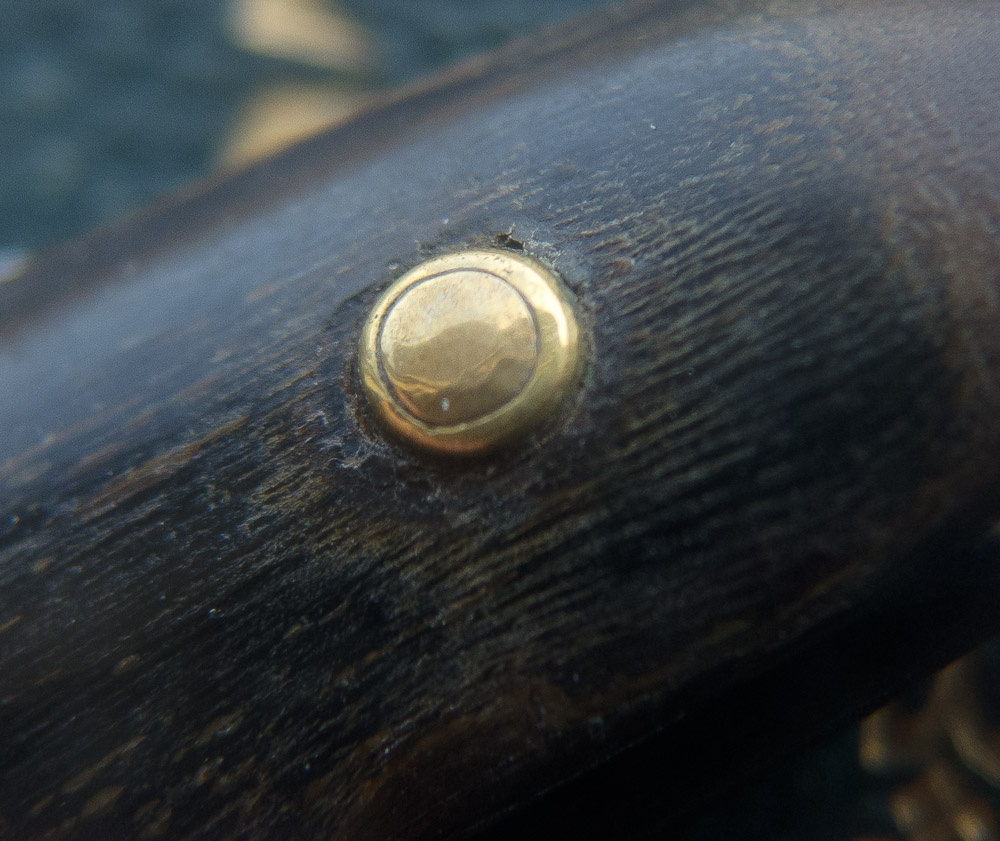 The simple brass hardware on this 1860’s George Savage is typical of most razors produced before 1900. There was more variation in the late 1700’s and very early 1800’s, but the great majority of razors have pins like this.

Most of the historical washers — also called collars — were made of multiple parts of very thin metal stock. Each layer was punched out of a sheet of rolled metal (brass, bronze, nickel, silver, copper, sometimes even gold).

With larger washers the flat metal was pounded into a shaped receiver. The inner washer helped maintain the volume of the shape without adding appreciably to the weight, as a solid washer of brass or nickel would have.

Even the smaller type collars were made from two parts.

Typically, material like ivory or tortoise shell, was pinned together without washers. Many French razors are assembled with collarless pins regardless of scale material. 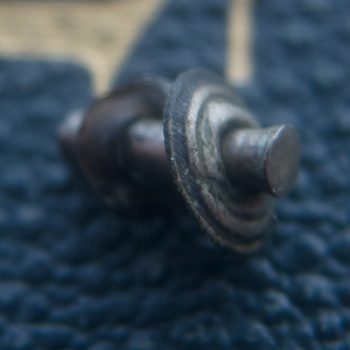 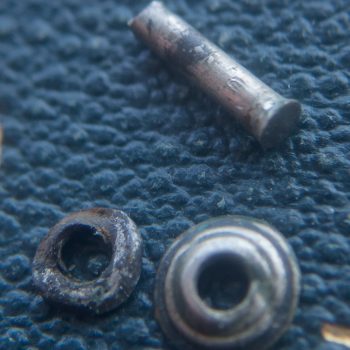 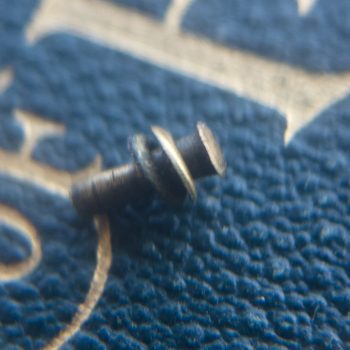 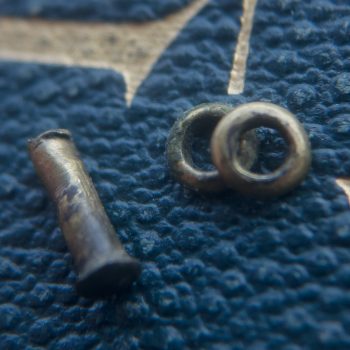 Much of this work was done as quickly as possible and often by children, so it’s rarely perfect. The modern restorer can afford to spend far more time on details like this. Following is a small gallery showing some of the many techniques used for assembling razors. 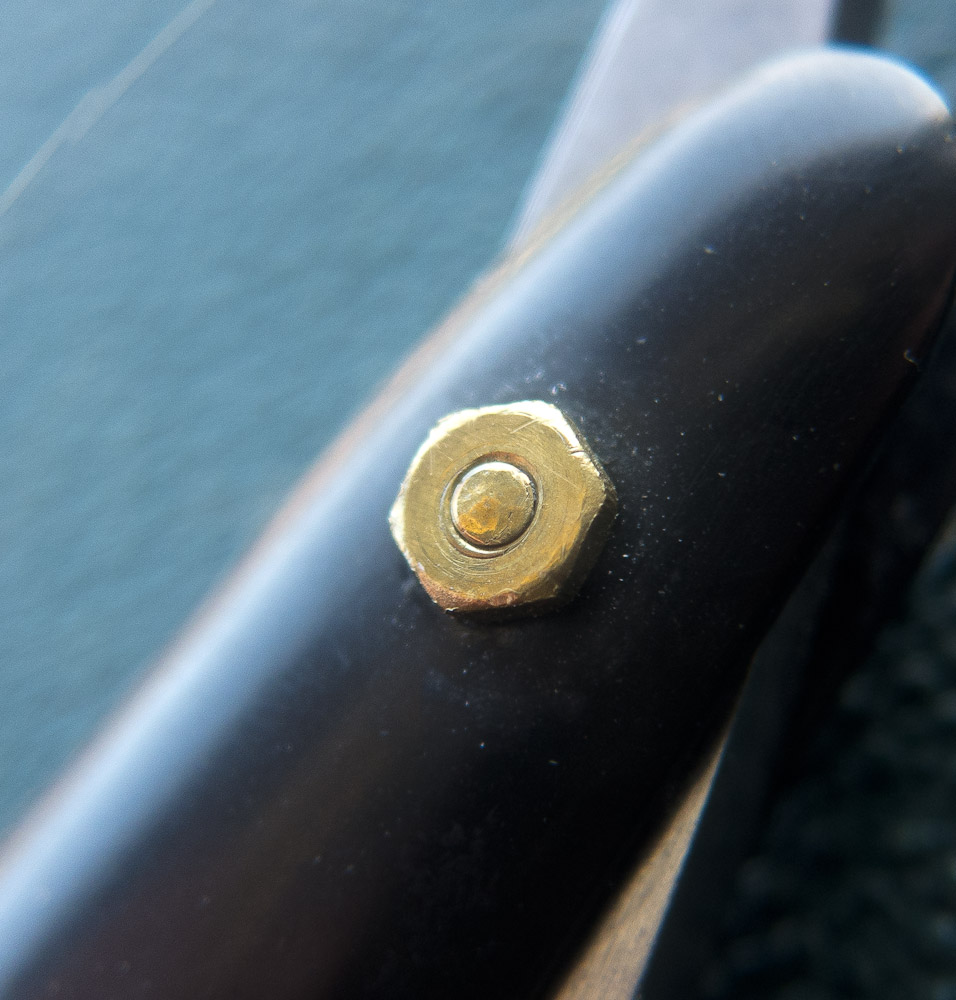 Modern microfastener, a tiny bolt and nut that I use for temporary assembly. Very useful to check scale fit and blade centering. 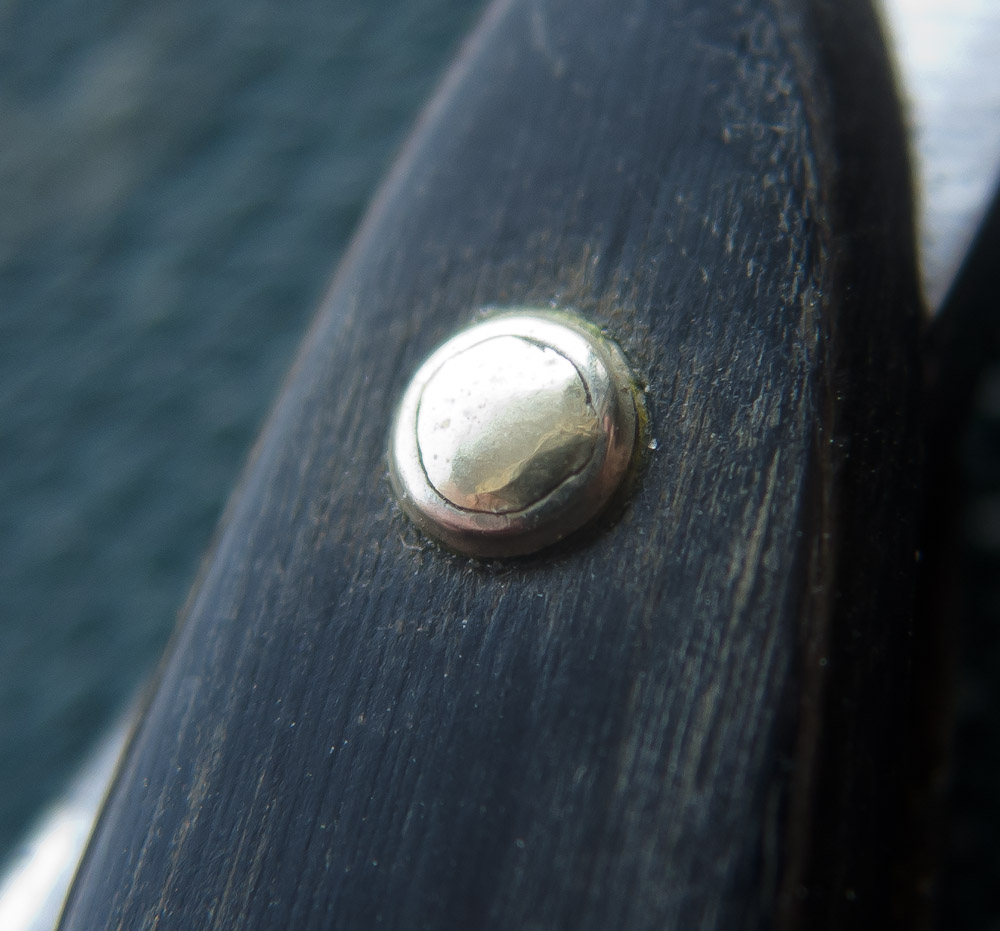 1840’s era Revitt & Hull, could be mistaken for collarless without close examination. Brass pin and washers. 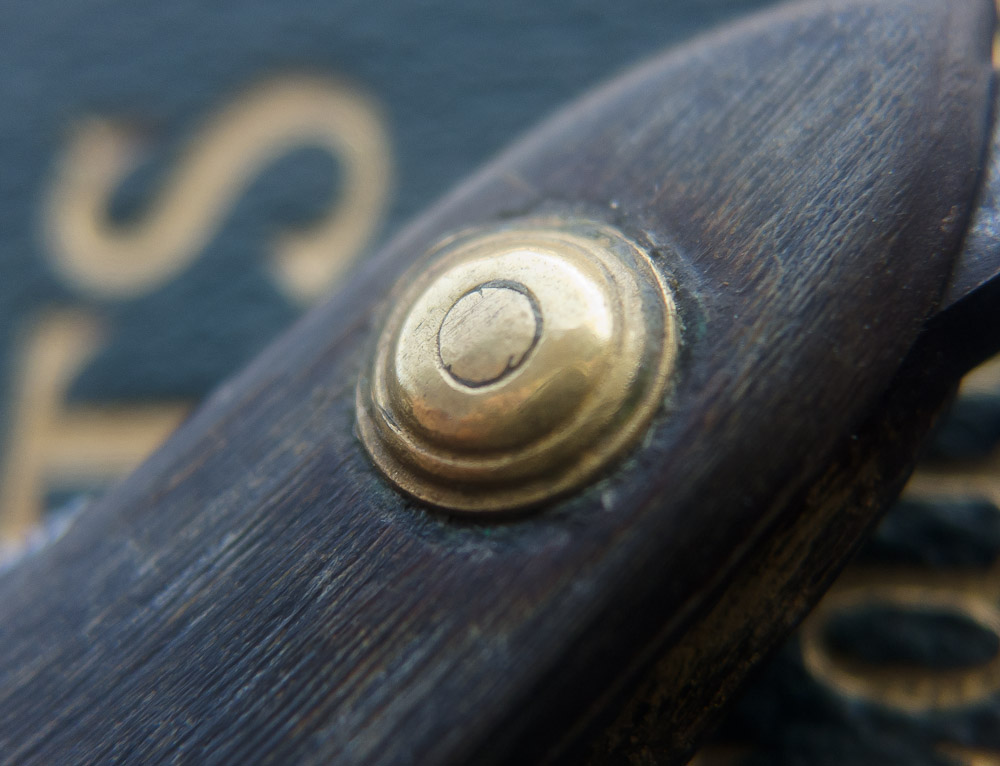 Large domed washers on a Greaves & Sons razor dating to the early 1830’s. Brass stock on all the hardware. 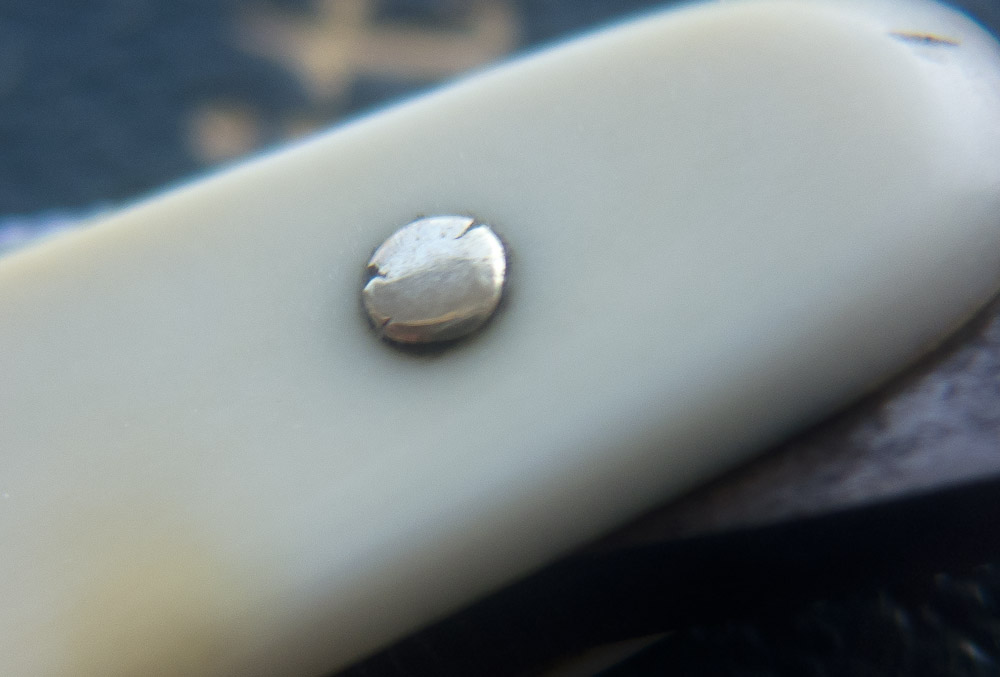 Collarless nickel-silver pins on ivory scales. J. Weiss, 1820’s. While most all razors with ivory scales like this one were pinned without washers, some London cutlers (and many French cutlers) did not use washers on any type of scales. 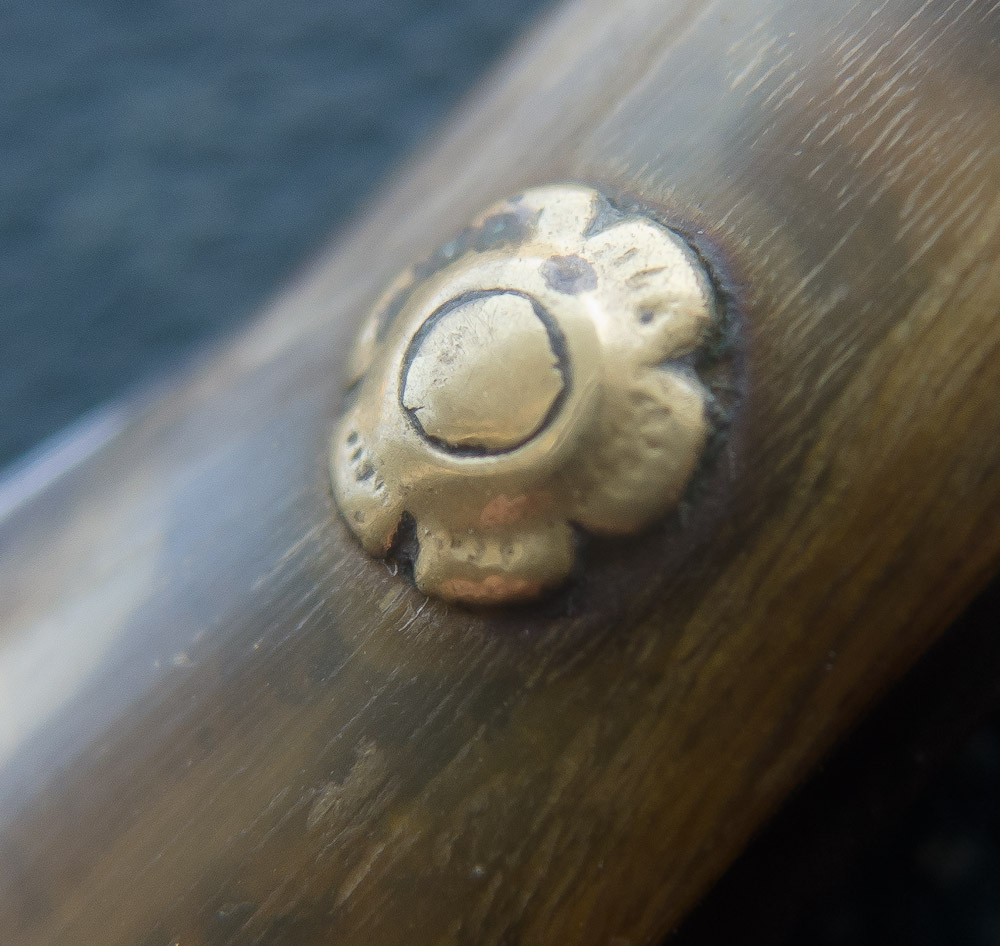 Unusual silver washer and copper pins on an 1810 era Thomas Scargill razor. This is the pivot end. The wedge end uses the more common brass stock for the pins. I suspect this razor has been repinned at some point in its life, but the oxidation suggests it was a very long time ago. 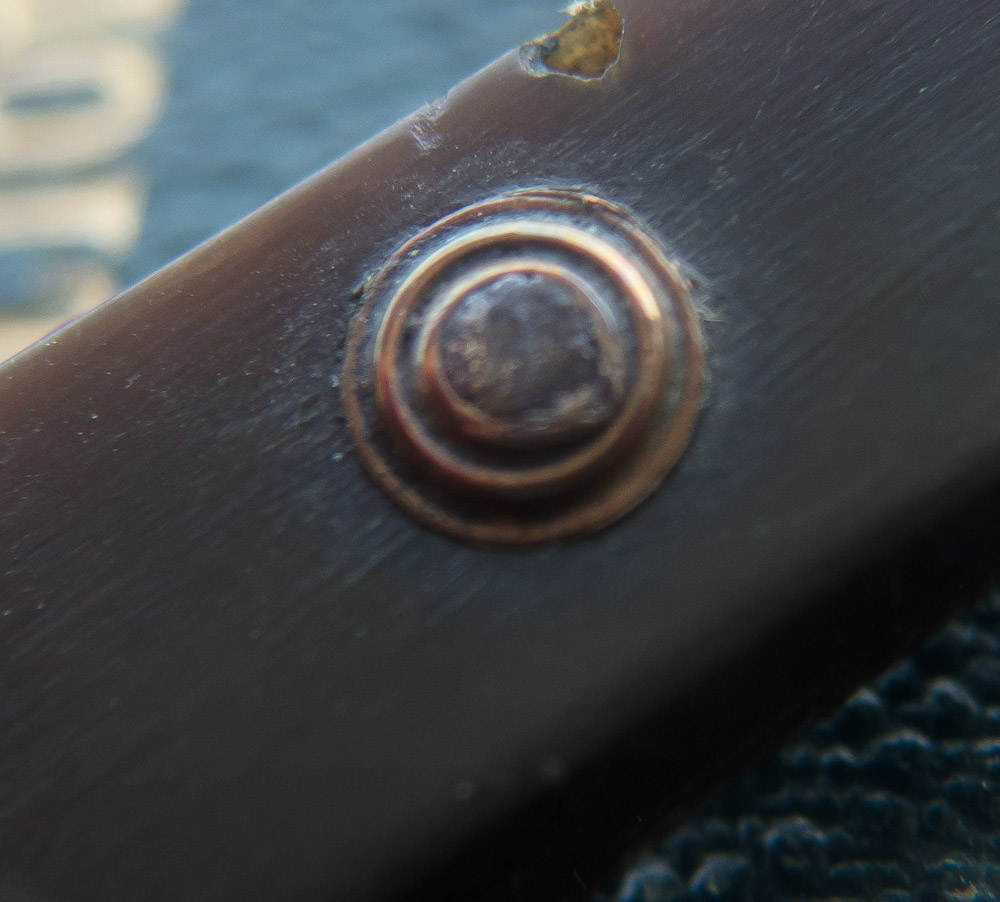 Rippled copper washers with iron pins on a French razor dating to between 1800-1810. 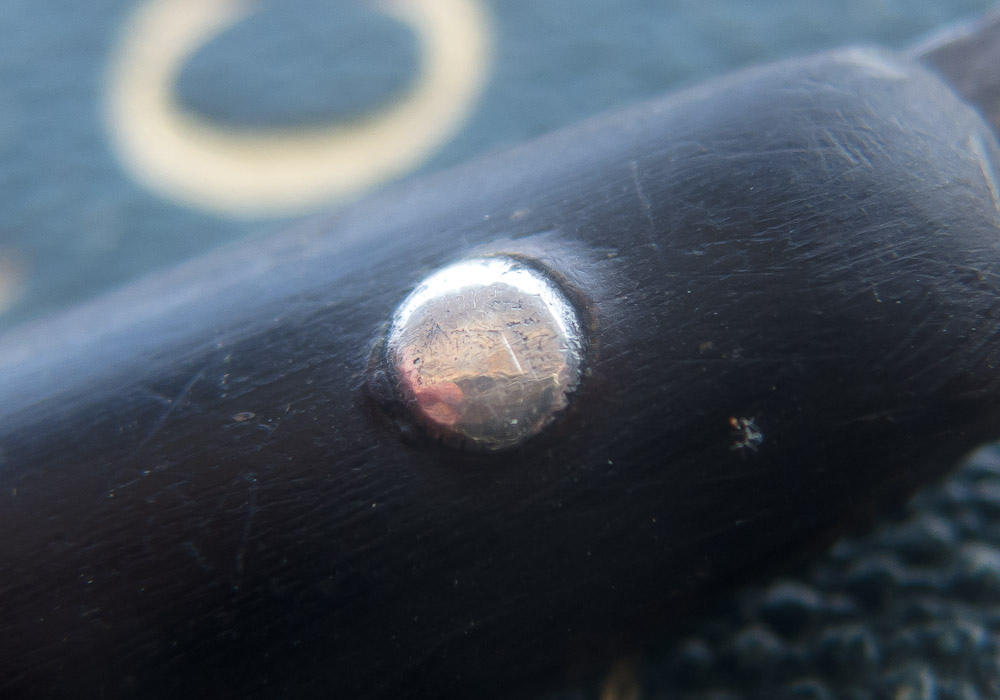 Collarless pins on horn scales from a Stodart razor, probably from 1790-1810. 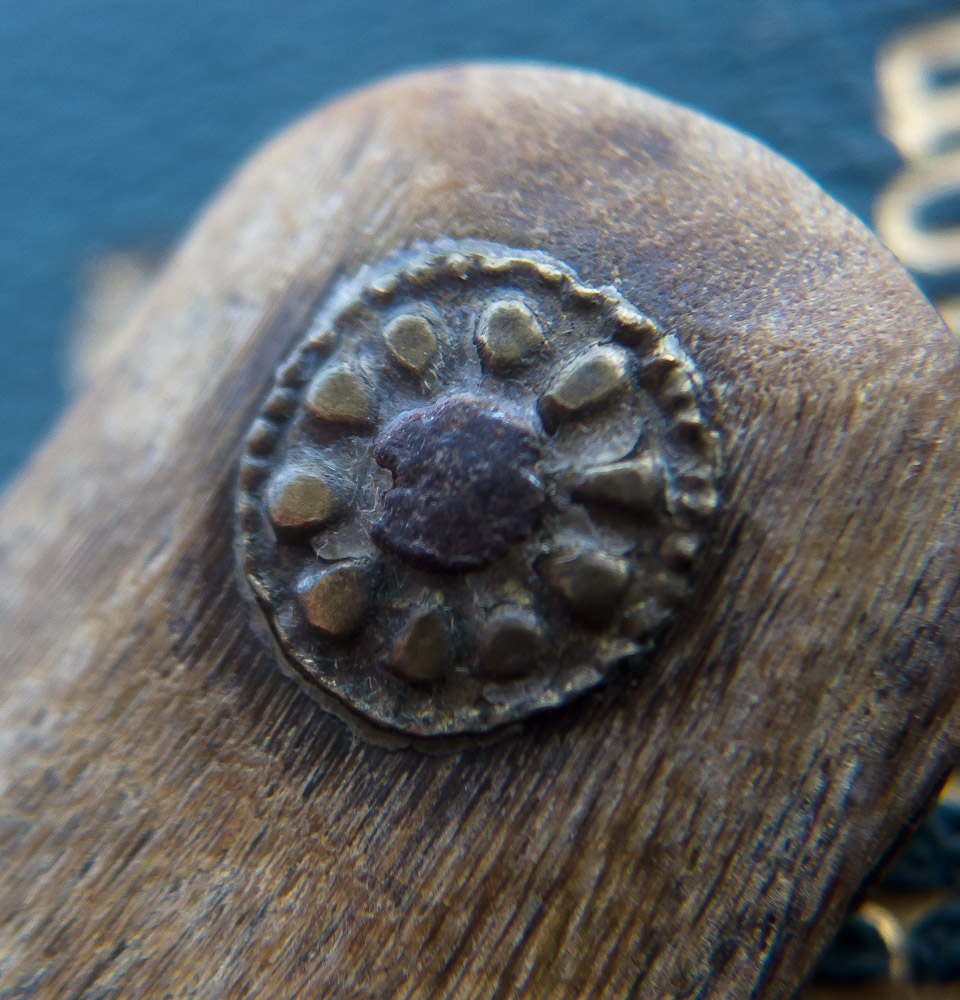